Noisy Neighbours – how loud is your area?

We’ve all experienced it. Settling down into bed for the night, only to be jolted awake an hour later to bass vibrating your bedroom walls, shouting, singing, and what sounds like a herd of elephants stomping about next door. Your neighbour’s random get-togethers can be okay as a one-off, but when they start to occur monthly, weekly or even daily – there comes a point where enough is enough.

If you learn anything from the numerous TV shows about nightmare neighbours, it should be that you aren’t alone. Thousands of noise complaints get filed in England every year. But which areas have the noisiest neighbours? The Sefton Meadows team decided to find out.

Interestingly, some of the areas which received the most noise complaints have the highest average house prices.

In fact, areas with an average house price above £500,000 saw a shocking number of noise complaints compared to regions that have lower house prices.

Regions with the most noise complaints

Each year, thousands of noise complaints are recorded across every region in England.

Perhaps unsurprisingly with a population of almost 9 million people, London comes in 1st place for the noisiest area in England – with the South East region coming 2nd.

If you fancy a quieter life, the North East and East Midlands are the places to be.

These areas are the quietest

Who has the noisiest neighbours?

If you live in any of the following areas, congratulations, you officially have the noisiest neighbours in England. Unless you’re the noisy neighbour!

Noise complaint data sourced from Public Health England – Public Health Outcomes Framework for 2018/2019. Data was provided for every 1000 of the population in each region. In the regional charts, this was multiplied to match the estimated population of each region at the date of creation.

* Population of region rounded to nearest 1000 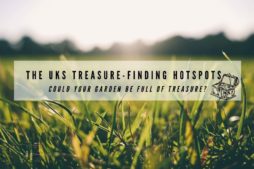 The UK’s treasure-finding hotspots – could your garden be full of treasure? 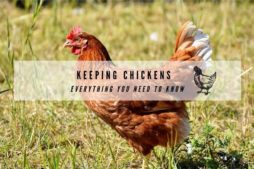 Keeping Chickens – Everything You Need to Know

The 10 walled gardens you need to visit this Summer
This site uses cookies to offer you a better browsing experience. By browsing this website, you agree to our use of cookies.
Accept