Have you ever seen a snake slither past you in the garden and wondered, “what kind of snake is that?”, or ran 1000 miles in the opposite direction? If so, this article is for you.

Are there snakes in England?

Yes, the UK is home to three species of native British snakes and a lizard that is often confused with a snake.[1] These snakes are the adder, grass snake, and smooth snake. The legless lizard is called a slow worm.

The adder has a large habitat across the UK and is often found near the sea or on heaths and moors.[2] It is an elusive snake, so you’re unlikely ever to see one, even if it is just a few metres away. While adders are venomous, their bites are usually only fatal to dogs or small children. The adder eats small mammals, such as rats, shrews, mice, and voles.

Adders tend to be grey, brown, or copper, or a mix of all of these colours. Fully black adders are rare. You can recognise an adder by its ‘zig-zag’ stripe that runs down its back and its rows of dark spots. They grow to approximately 60cm in length, and tend to be quite ‘stocky.’

While the adder is the UK’s only venomous snake, its poison doesn’t pack a very serious punch, and its only considered dangerous to the young, old, or ill. That said, you should seek immediate medical attention if bitten by an adder.

The adder is found throughout Great Britain and Northern Europe, even as far as the Arctic Circle. However, there are no adders in Ireland. The adder prefers heathland, open woodland, sea cliffs, and moorland and prefers free-draining soils, such as sand or chalk. As a result, it’s rare to see an adder in your garden.

You can only find smooth snakes in a few places in the UK, but they inhabit much of Western and Northern Europe as well.[3] They like a sandy heathland habitat, so you’ll often find them near the equally rated sand lizards. Look out for them basking in the sun during the day between April and October – they hibernate for the rest of the year. The female smooth snake incubates her eggs internally and appears to ‘give birth’ to baby snakes each September.

You might mistake the smooth snake for an adder, but smooth snakes have slightly more slender bodies, rounder pupils, and a muddier pattern on their backs. They are brown or dark grey.

The smooth snake may be harmless to humans, but it constricts its prey, including slow worms, lizards, and insects.

The Smooth Snake is quite rare in the UK. You’ll find it in sandy heath in Dorset, Hampshire, and Surrey, though West Sussex and Devon are home to reintroduced populations.

Grass snakes are the longest British snakes, growing up to 150cm in length.[4] But you don’t have to worry about these long snakes if you encounter one in your garden – they’re completely harmless to humans. They like to lay their eggs in compost heaps and other rotting vegetation and incubate them until early Autumn. If you’d prefer not to encounter a grass snake in your compost, consider keeping your compost in outdoor storage boxes.

Grass snakes hibernate throughout the winter, between October to April. They prefer to eat toads, newts, and frogs and hunt for fish, birds, and small mammals.

Appearance
Grass snakes come in different shades of green, with dark marks down their sides. The female grass snake is larger than the male.

While a grass snake might try to strike out at you with its head, they cannot bite and are completely harmless.

Grass snakes can be found across England and Wales, but not in Scotland, the Channel Islands, Northern Ireland, or the Isles of Scilly. They live in all kinds of habitats, including grassland, heathland, moorland, wetlands, farmland, and woodland.

The outlier in our group is the slow worm.[5] Though they look like small snakes, they are in fact legless lizards with smooth, shiny bodies, often in grey or brown. They tend to emerge at dusk or after a rain shower to hunt and spend the winter hibernating. Like many other lizards, the slow worm can shed and regrow its tail.

Slow worms are small, shiny, and smooth. The easiest way to tell a slow worm from a small snake is with a quick look at their eyes – snakes have no eyelids, while slow worms blink! They also lack a pronounced neck and head. While snake heads are broader than the rest of their bodies, slow worm heads are not distinct from their bodies.

Slow worms are not dangerous at all – they are completely harmless to people.

You can find slow worms throughout mainland Britain, but not in Ireland. They prefer meadows and woodlands, and tend to hide under logs and rocks, but can also be found in farmland and fields.

What do if you find a non-native snake

In some cases, you might find a non-native snake in your garden or in a park. These are likely pet snakes who have escaped their homes.[6] Non-British snakes can have real repercussions on the eco-system, and cause alarm to others who see them.

The most common pet snakes in the UK include pythons, boas, corn snakes, and king snakes. If you spot a snake that doesn’t look like any of the British snakes we’ve detailed above, you should try to identify it before handling it. While most snakes are not harmful, it is wise to be certain. Reach out to your neighbours to try to find the snake’s home and arrange a happy reunion.

With this guide, you can identify the different British snakes you encounter in your garden or while traversing the landscape. 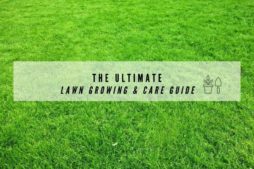 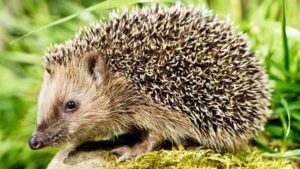 How You Can Help Save The Hedgehog Population
This site uses cookies to offer you a better browsing experience. By browsing this website, you agree to our use of cookies.
Accept