How To Get Rid Of A Mole In The Garden

Moles are ground-dwelling creatures that most people consider relatively harmless and some may even consider them beneficial as they rid the soil of bugs, worms and other creepy crawlies. However, if you have an expansive manicured lawn, you know how damaging these little critters can be and might want to know how t get rid of a mole in your garden.

Many people believe that moles pull plants from the surface and bring them underground to eat. This is a serious misconception as moles are carnivores and prefer to eat insects, worms and other grubs. In fact, they can eat half their body weight in a single day. The biggest problem most homeowners have with moles is that they themselves are rarely seen. However, their excavation work shows up with alarming regularity in the form of mounds or molehills that stand out on your pristine lawn like acne on a teenager.

Before you go running around your property with an excavation crew to dig up your burrowing squatters, there are ways you can control the damage they do. Or at least divert them to a less conspicuous area.

Signs that there are moles in your garden

As with all garden pests, there are always signs of an infestation and the key is to identify which pests you have. The first, and usually the only sign that you have a mole in your garden are the sudden appearance of molehills. These mounds of soil seem to appear overnight and are the result of moles burrowing under the surface of the ground. Occasionally, these nimble creatures burrow close to the surface and end up throwing soil upwards to create molehills. You may also see that some of your plants look less than healthy and this could be due to having a mole tunnel beneath them and damaging the roots.

Moles, by their very nature, are not social creatures and tend to be somewhat anti-social. They only become socially active during mating season. With this in mind, you may be fooled into thinking you only have one or two moles burrowing under your garden. It’s more likely you have several burrowing in different locations as the female can give birth to litters of four or five.

Look for these signs that you have moles in your garden:

How to get rid of moles in the garden humanely

There are many ways to get rid of moles in the garden. However, some methods are more humane than others. It’s always good to consider that moles can actually be useful for the soil as they keep it well aerated with their tunnelling and, as they eat a variety of worms and bugs that are harmful to plants, they are quite useful too. While we don’t want to see unsightly molehills all over our perfectly manicured lawns, you need to learn how to get rid of a mole in the garden humanely[i]. Some of these methods include:

What attracts moles to your garden?

The simple fact is, that moles have a voracious appetite and spend all day burrowing tunnels underground in search of food. These underground carnivores love worms, grubs and insects and if you have a lush green lawn or thriving garden, there is most likely also a veritable smorgasbord of mole food in the moist earth.

Your green thumb may be working overtime to keep your garden looking great, but it’s also counterproductive as your efforts are also working at creating the perfect environment for moles and their food.

The law on moles

Depending on where you live, there are laws that state how you can gid rid of a mole problem in your garden. In most places, the elimination method you choose must be humane. Most areas are fine with the use of traps as long as the moles are released back into the wild. In some areas, you may be permitted to kill moles humanely, but there really is no need to do this as moles are essential to creating a natural balance in nature and their burrowing is actually good for the soil.

The best time to try to rid your property of moles is between October and April when they do most of their burrowing and before their mating season. The better option is to try and prevent them from setting up house on your property and perhaps send them elsewhere.

Preventing moles from moving in

The best way to deal with a mole problem in your garden is to find ways to prevent them from becoming underground tenants. The idea is to make your property undesirable to these burrowing creatures and you can do this humanely.

Some simple ways to prevent moles from moving in are:

As a homeowner, it is understandable that you don’t want your garden marred with dozens of molehills. We do, after all, spend a lot of time, energy and money on our gardens and we love them to be beautiful. However, having moles in your garden is not necessarily a bad thing. For one, they eat worms, grubs and insects that can be devastating to your plants so they keep the populations of these pests under control. Their burrowing activities also work wonders at keeping the soil aerated which is desirable for healthy vegetation.

You can live with moles in your garden without getting rid of them or harming them. Consider diverting them away from the most prominent areas of your garden and find a happy compromise with these fascinating creatures. 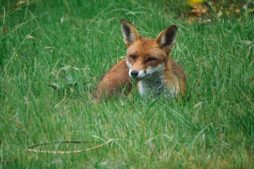 How To Deter Foxes From Your Garden 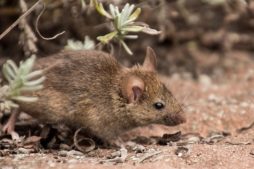 How To Get Rid of Mice Naturally
This site uses cookies to offer you a better browsing experience. By browsing this website, you agree to our use of cookies.
Accept