Why Bees Are Important

So, let’s explore the role that bees play in our lives and why they are so important.

As we touched on earlier, there are different types of bee. Lets take a look at different bee types, what they do and what they look like.

The honeybee is a well-known, most loved bee. In the UK we only have one species of honeybee, and the majority of them are domesticated and kept in managed hives by bee keepers.

The humble bumble bee is a calm species of bee that will only sting when they feel threatened – so resist temptation to bat them away with your hands when they come close. Although they don’t produce honey, they are extremely valuable pollinators that need to be protected.

Solitary bee species are very diverse, and as the name suggests they don’t live in a hive or nest with other bees. Common solitary species include miner bees, mason bees and carpenter bees[ii].

What do bees do?

The job that bees do is vitally important; but what exactly do they do, and why does it matter?

As bees travel between plants feeding on nectar, bits of pollen stick to their legs and bodies. When they land on another plant, this pollen is passed on and fertilises the plant which allows seed production to happen.

As well as pollinating, honeybees produce honey, which has been an extremely valuable resource for its medicinal benefits and taste for centuries.

Why are bees dying?

There are quite a few contributing factors to why bee populations have been on the decline. The causes for colony loss are very complicated, but here are the basics:

Learn more about the threat of Asian hornets to bees here

The above factors can contribute to what is now known as CCD (Colony Collapse Disorder) – where whole bee colonies just disappear. All that usually remains is food, the queen bee, immature bees, and nurses to look after them. This usually occurs over the winter when food supplies are very scarce and the risk of CCD is much higher. It is hard to identify what causes CCD in every case, because the bees fly away from the hive to die alone.

What can we do?

Although the danger of what could happen if the bees disappear is very real, there are steps we can take to make it better, encourage more colonies to form, and support a healthy population of bees.

Reverse the effects of lost habitat by planting more flowers in your garden. There are many ways you can introduce bee-friendly wildflowers and plants in a visually stunning way. If you don’t have the space to dig flowerbeds, you could dot potted plants around your seating area – permanent garden gazebos look particularly good with climbing flowers growing up them.

You could also try to get your local council engaged in adding pockets of biodiversity to your local area.

There are hundreds of bee-friendly flowers, here are just a few[v].

Trees which blossom provide thousands of flowers for bees to pollinate and get nectar from. They also make amazing shelters for the bees and for hundreds of other species.

Support organic farmers or grow your own

Remember the mantra of ‘supply and demand’. If you take away the demand for vegetables grown by farmers who spray pesticides and herbicides, they will supply less. Obviously, you alone will not make much of an impact, but if many people start to buy organic or grow their own fruits and veggies, it will start to make a difference. And less pesticides means more healthy bee colonies.

Give them somewhere to live

One of the reasons for the decline of bee populations is the lack of homes for them. You can buy or make bee apartments which consist of tubes for solitary bees and leave patches of untouched land for bumblebees to create nests.

For shelter, you should let your grass grow so bees on the move can get out of the rain quickly.

What happens if all the bees die?

Basically, we will be in a lot of trouble.

If a plant doesn’t receive pollen, seed production doesn’t occur, and the lifecycle of the plant is interrupted leading to less plant reproduction. Since bees populate over 66% of the world’s food crop[iii], we’d be in serious trouble if they went extinct.

“If the bee disappeared off the face of the earth, man would only have four years left to live.”

Once a large number of plants that are bee-reliant have died off, there would be a domino effect across different eco-systems. Some animal’s food sources would be depleted, and other animal’s habitats would be destroyed, leading to them becoming extinct. This would affect the food-chain further up and cause unimaginable damage. Animals whose food sources are bees would also suffer.

In terms of the human food source although many crops are wind-pollinated, a lot of them rely on, and have adapted to, pollination from animals like bees. It’s highly unlikely that losing bees would equate to worldwide famine as cereal crops like wheat would still grow, but the variety of food available would reduce significantly. Hand pollination is an option, but it would make producing fruits and vegetables very expensive and hard to grow on larger scales.

Our infographic explains more about what the planet would look like if there were no bees. Take a look below.

Friends of the Earth, 2017. What are the causes of bee decline?. [Online]
Available at: https://friendsoftheearth.uk/nature/what-are-causes-bee-decline
[Accessed April 2021].

5 Tips For A Bee Friendly Garden 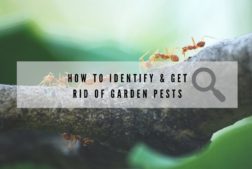 How to identify & get rid of garden pests 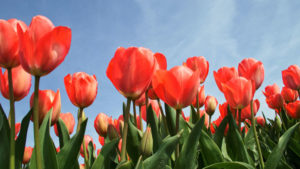 Which Tulips Should You Be Planting?
This site uses cookies to offer you a better browsing experience. By browsing this website, you agree to our use of cookies.
Accept